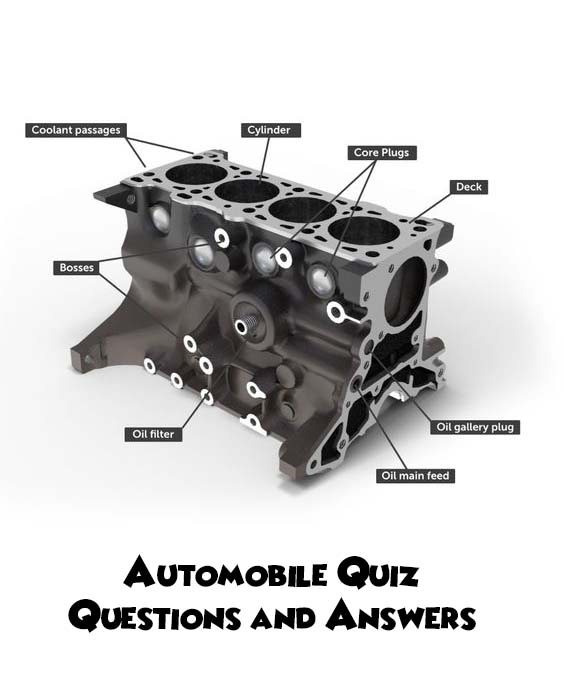 1) Mercedes cars belong to which country?

2) What is the expansion of NVH, an abbreviation commonly used in automobile dealings?

3) What was the rally with which the World Rally Championship opened?

4) In which year was the first true Pierce Car made?

5) What are the two essential parts of a vehicle?

6) What are the two units of an articulated vehicle?

7) Name the machine portion of the automobile which carries the carriage portion?

8) Year of manufacture of an automobile is referred to as what?

13) When was the first electric self-starter installed in the automobile?

15) Who introduced the first brake in carriages?

18) What was the fuel used in the first four-stroke vehicle?

19) When was the four-stroke engine invented?

20) Who substituted oil for gas in the four-stroke engine?

21) What factor contributed most to the acceleration of the development of automobile?

23) Who built the first motor-cycle?

24) The first four wheeler powered by an I.C engine was built by whom?

25) Who built the first gasoline automobile which incorporated many of the essential features of the modern car?

26) In which year was the Panhard Car designed?

27) What is called the type of body of a car, of which the top is fabric and could be folded down?

28) What determines the driving thrust (speed) of a vehicle?

Answer: The torque applied at the wheel.

29) What part or device is used to control the speed of a vehicle?

30) Name the steel bar which functions by twisting within a vehicle machine?

31) Which car is provided with torsion bars at the front independent suspension system?

Can You Really Survive Middle School?

Are people jealous of me?

Does my guy friend want to date me?

Are You a Savage or a Sassy Girl?

Who is your Anime Boyfriend?